The full-size pickup truck has become the luxurious suburban commuter vehicle of choice in America, but it wasn’t so long ago that such trucks were jouncy, noisy machines better suited to construction sites and battlefields than stop-and-go expressway traffic and mall parking lots. We’ll take a look at the waning years of the era of real pickups with today’s Junkyard Gem: a 1980 Dodge D-Series half-ton in a Denver-area boneyard. 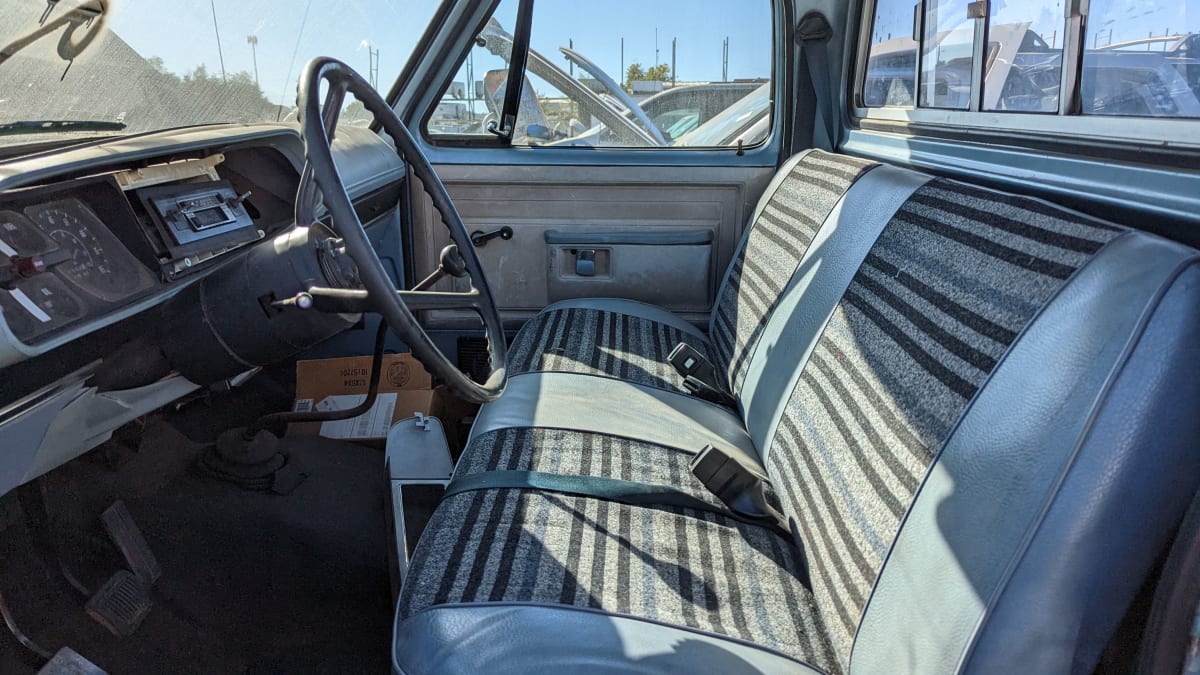 Of course, by “real pickup” I mean real uncomfortable pickup; today’s cushy pickups manage to be faster, safer, and far more powerful, while getting better fuel economy than their ancestors. Still, we lost something as a nation when Detroit pickups started to resemble New Yorkers or Ninety-Eights inside. 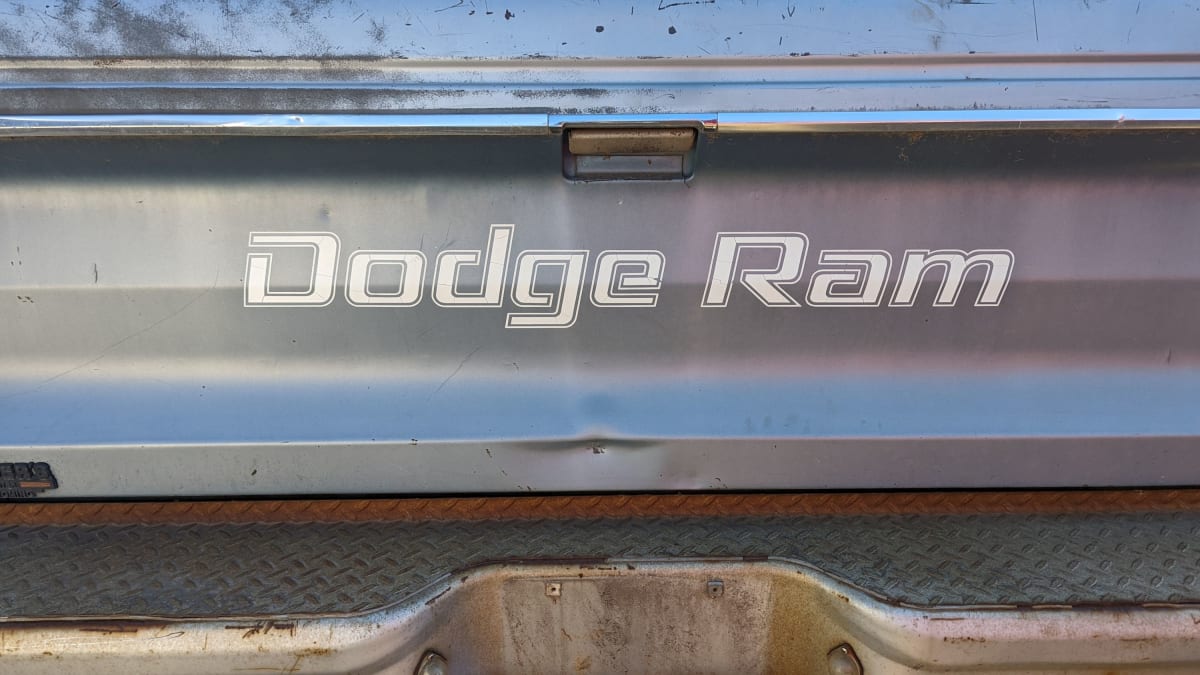 Chrysler had been using ram’s-head hood ornaments for Dodge trucks on and off since the 1930s, but Lee Iacocca made the company get serious about the Ram name when he took over Chrysler Corporation. D-Series trucks and B-Series vans became Rams for the 1981 model year; this ’80 has a big DODGE RAM decal across the tailgate, but I suspect it was a dealer-installed option. 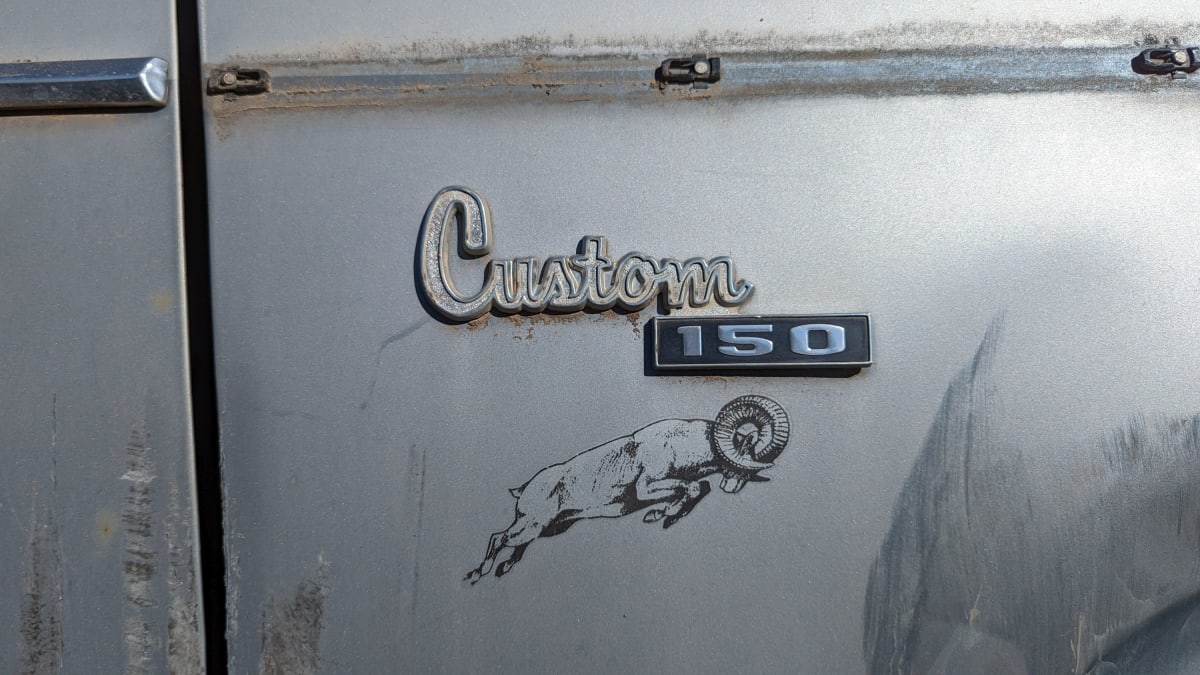 I think the leaping-ram decals on the fenders were applied by the same dealer. 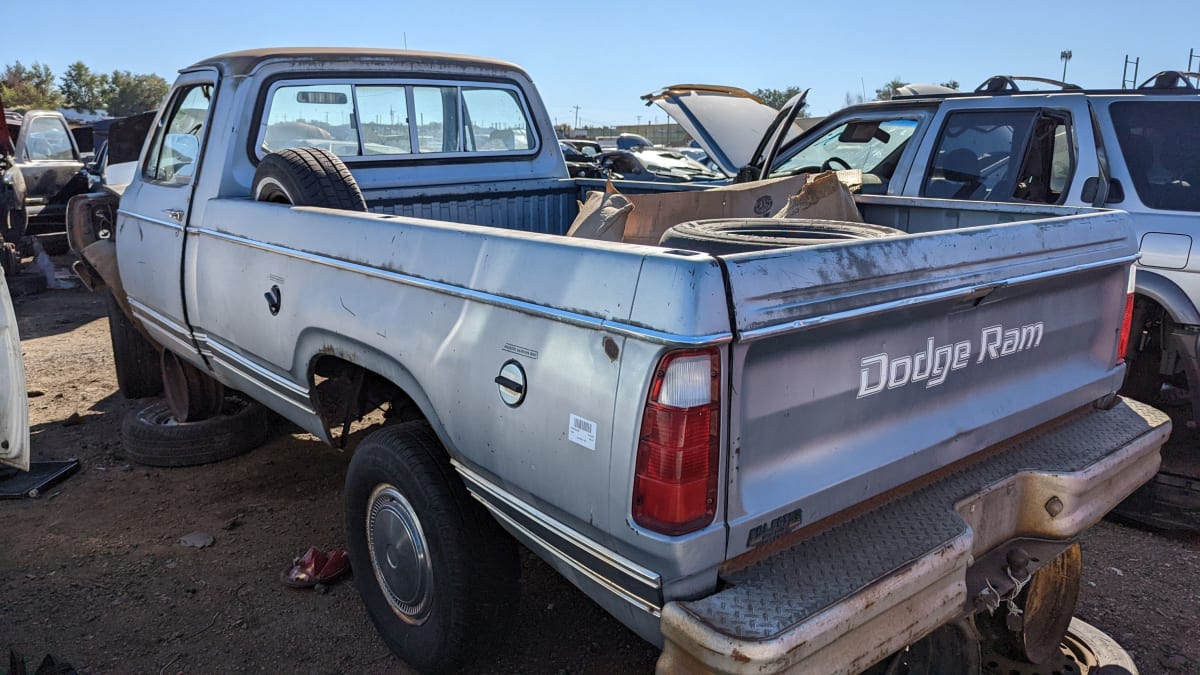 This truck has the 131-inch wheelbase, base cab and Sweptline bed. If you wanted the crew cab, you had to buy the three-quarter- or one-ton version. 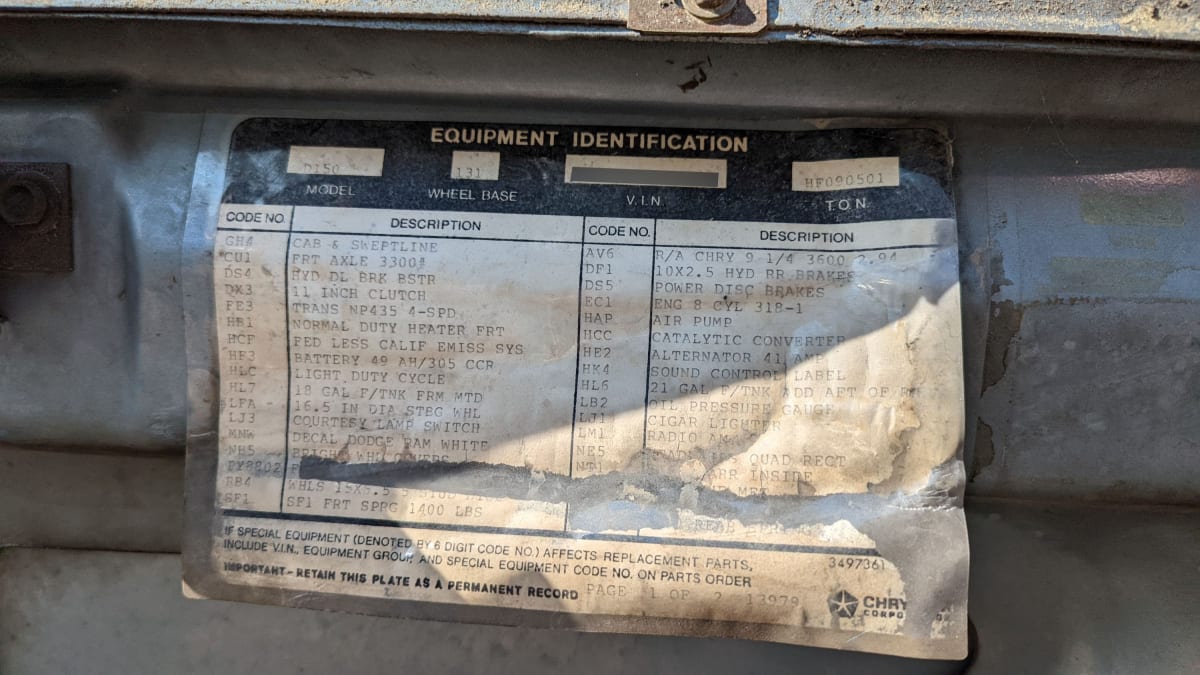 The base price was $5,165 (about $19,705 in 2022 dollars), but the equipment sheet shows quite a few options and the out-the-door cost probably got close to 23 grand in today’s bucks. The build tag on the door says it was built at Chrysler’s Jefferson plant in Detroit, which began life as a Chalmers factory in 1908. By 1925, it was pure Chrysler, and it stayed in operation until 1990. Today, Stellantis builds Cherokees and Durangos at a new(er) plant across the street. 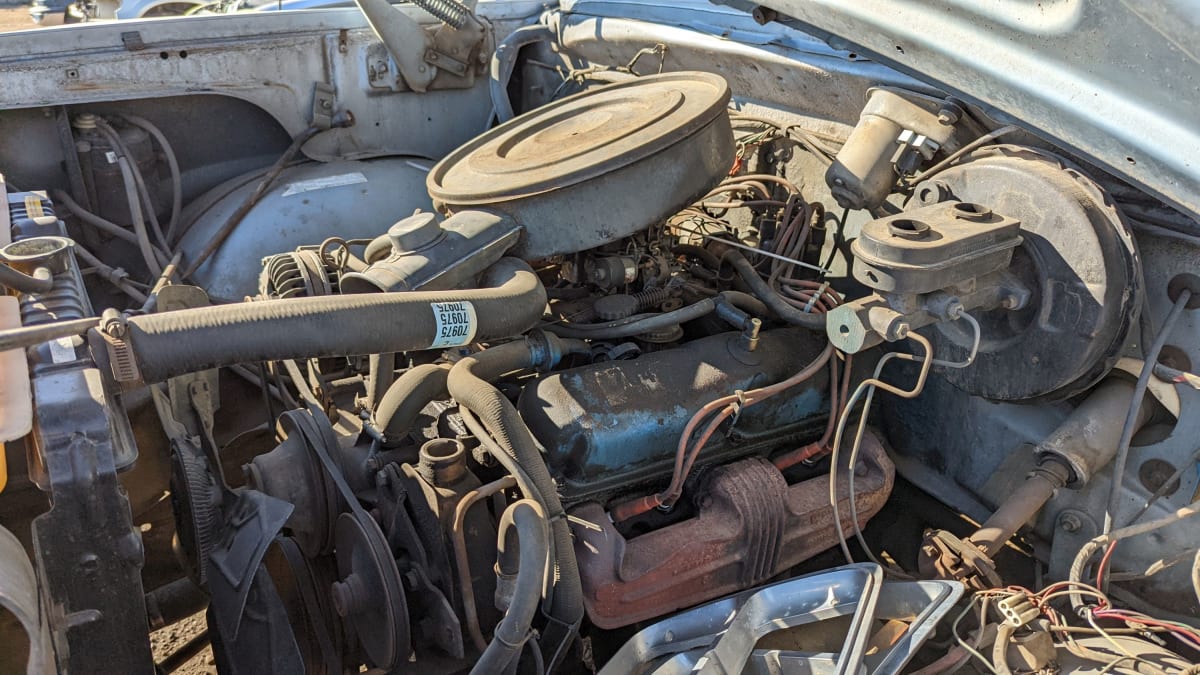 The build tag states that the original engine was a 318-cubic-inch (5.1-liter) V8, and that sure looks like what’s still here. The base engine was the bulletproof 225-cubic-inch Slant-6, but that engine made just 110 horsepower and 175 pound-feet and would have made this 3,437-pound pickup intolerably slow even by the forgiving standards of the era (and that curb weight isn’t a typo; this truck really did weigh close to a half-ton less than a new Ranger). The 318 was nearly as reliable as the Slant-6, though thirstier, and it was rated at 145 hp/280 lb-ft in 1980. The cost: $296 ($1,130 today). 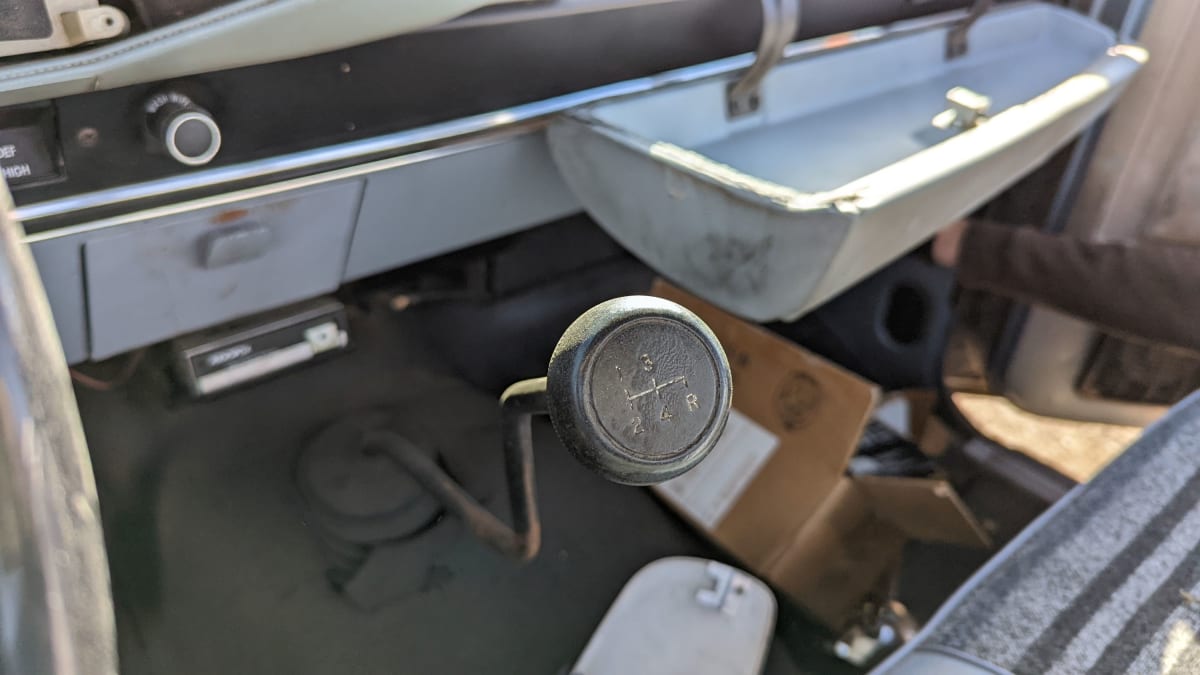 Automatics were quite popular in pickups of this era, but this one has a good old four-on-the-floor manual. The base transmission in the ’80 D-150 was a three-on-the-tree manual (available in Dodge D-Series trucks all the way through 1985), so this upgrade cost the original buyer $175 ($665 now). The three-speed Torqueflite automatic added a whopping 408 bones or clams to the bottom line ($1,555 after inflation). As you can see, 2022 trucks seem to cost a lot more even with inflation factored in, but then they look like great deals once you compare their standard features to those of their ancestors. 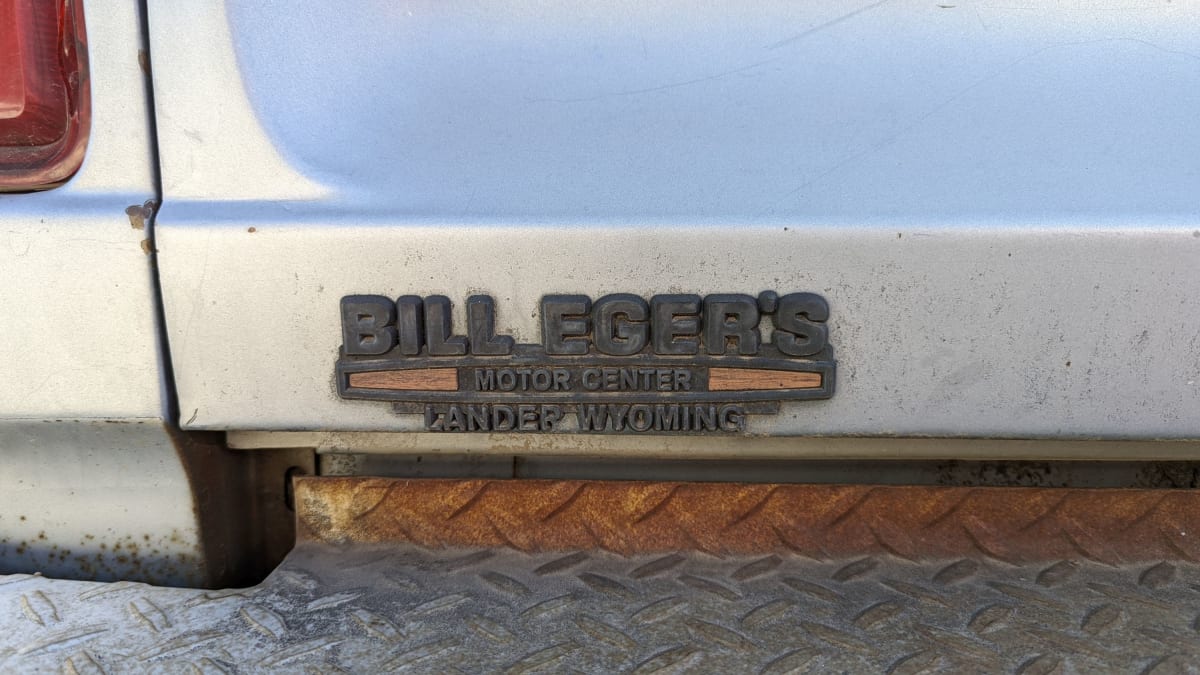 Lander, Wyoming, is in the western part of the state, definitely pickup country in 1980 (as it is today, though everywhere is pickup country now). Four-wheel-drive would have been a good idea in that rugged mountain region, but pickup owners were resourceful back then and so this Ram has rear-wheel-drive . 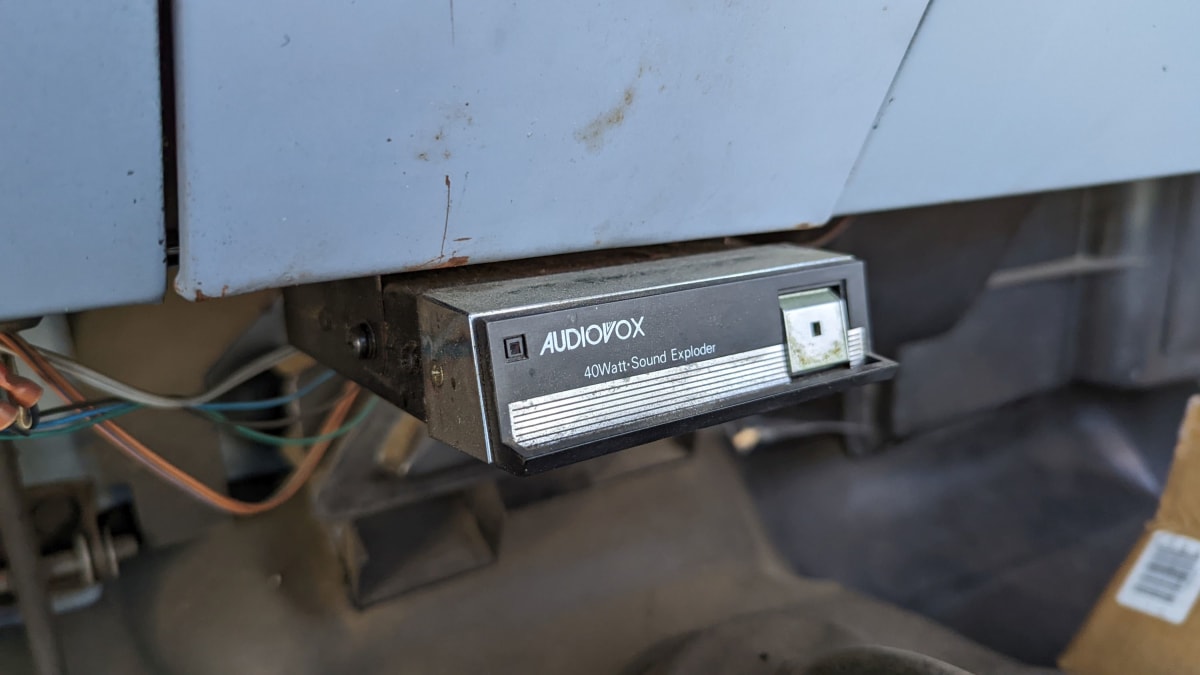 This Audiovox “Sound Exploder” was serious audio business in the 1980s. 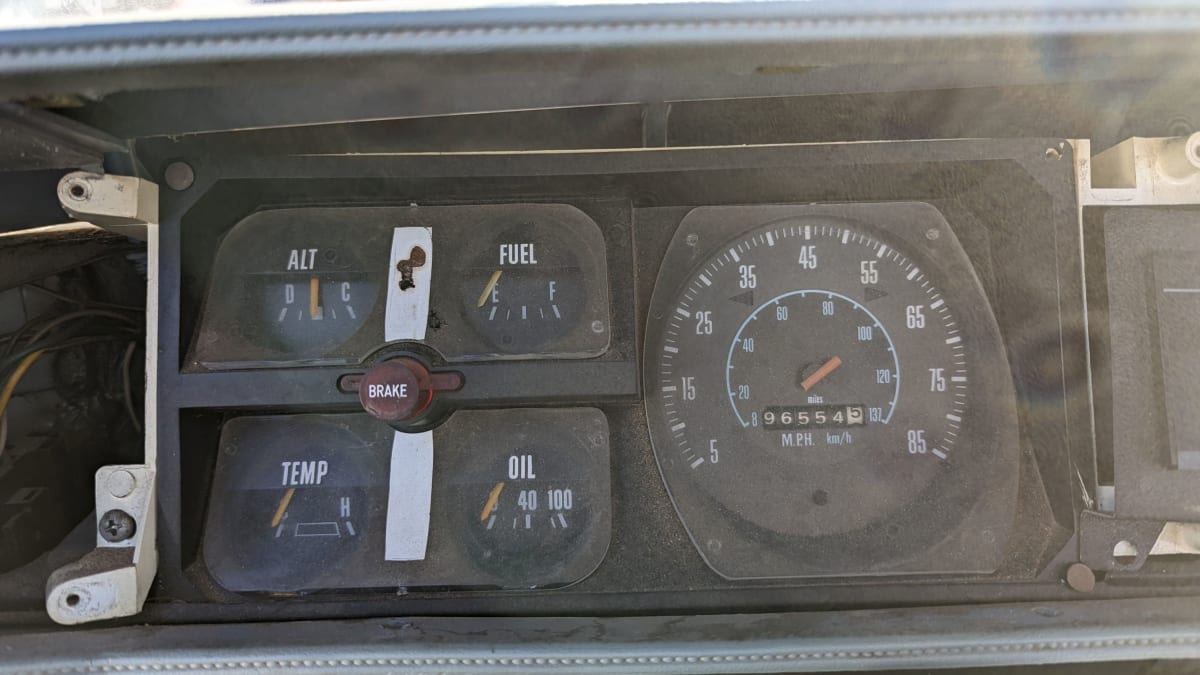 The five-digit odometer might be showing an honest 96,554 miles, but my guess is 396,554 miles. Work trucks cover a lot of ground, the spaces in Wyoming are vast, and this Dodge probably spent all of its 42 years in the Mountain West. 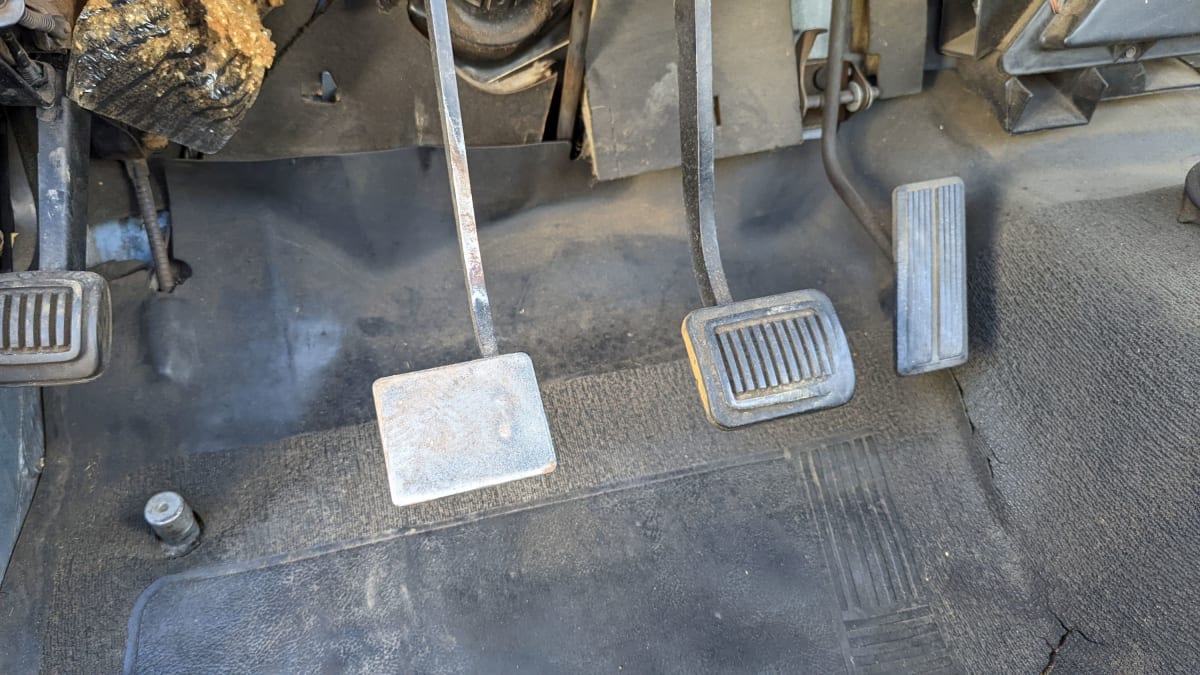 Note the missing pad on the clutch pedal and the well-worn one on the brake pedal. 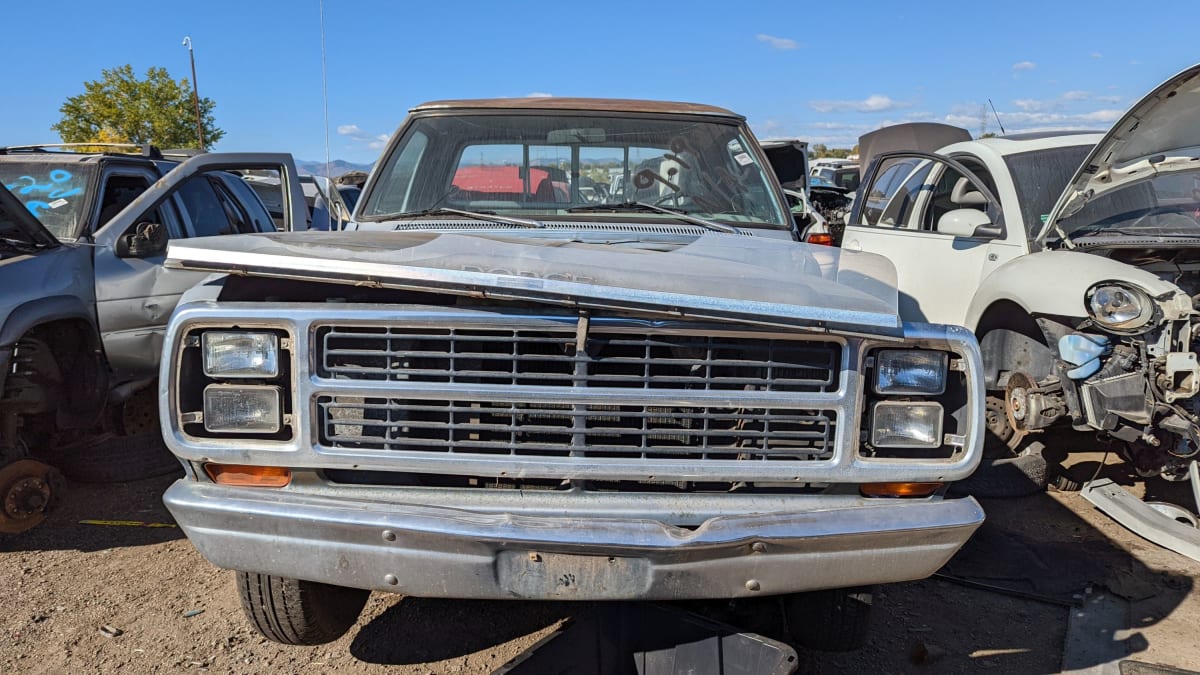 Dodge built this generation of pickup from the 1972 through 1993 model years, so there’s no shortage of these trucks today. Still, it’s sad to see this one headed to the crusher.

So tough, they sliced it up with a chop saw as proof.